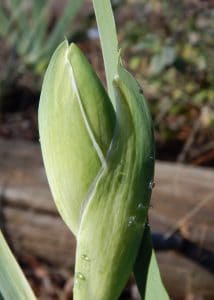 “Our marriage is like an iris that no longer blooms,” she said. “It doesn’t laugh. It doesn’t smile. The plant looks healthy but never joyous.”

“Jesse, you can still bloom,” the counselor said.

“Is it too late?” Jesse asked. “A healthy marriage needs the right nutrients. A good marriage, a great marriage, has the right ingredients and it has them in balance: the right amount of air, sun, and water.”

I marvel at the sight of blooming iris. They bring me pleasure. So, it’s not surprising that irises found a way into my contemporary novel, Taking Back the Bullet. The character-driven literary fiction is not a horticulture manual, but I found the opportunity to compliment the wonders of God’s creations. 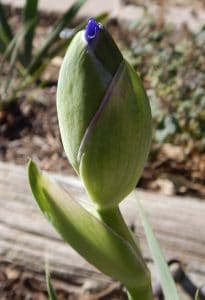 Jesse explains how too little sun and too much water are both problems for rhizomes. (“They don’t like wet feet,” she said, “unless they’re Louisiana iris.”)

Metaphorically speaking, Jesse is the iris who needs a change of environment in order to thrive.

Two years ago I took a course through the K-State Research and Extension Office, called Master Gardeners. The classes were packed full of information on understanding the needs of plants and identifying the many resources at our fingertips.

Because I was engulfed in nature, in and out of the classroom, I was thinking about my irises so much that they elbowed (another metaphor, irises don’t exactly have elbows) their way into my writing. It’s not surprising. Our thoughts become our actions. 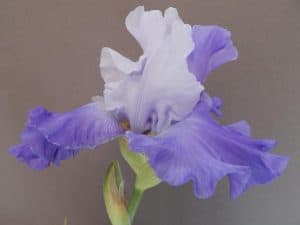 Which reminds me of the author who was castigated by his fans when he killed off a popular character in his crime novel. He tried to explain that sometimes the characters push the writer aside and take over literary control. “I couldn’t help it,” he explained. “I entered the room and found her dead.”

In my novel I also have a scene where a young character shows off her pet worms. The scene was due to a Master Gardener class that covered the topics of soil science and organic matter. The instructor introduced us to the joys of composting and raising worms, earthworms that is, red wigglers, Eisenia fetida, to be precise.

After a growing number of students built worm bins and received their mail-ordered hermaphrodites, we were soon asking each other a common question: “How are your worms?” followed by uncontrolled laughter!

When laughter comes so easily, then it’s worth recycling into your writing. 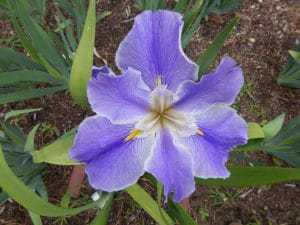 So, all you writers out there, write what makes you happy and remember to listen to conversations. Carry a notepad or write on your phone’s memo screen.

Use real life to help your writing come to life.

“Do you want to see my worms,” Suanna asked Julia and Hannah. They’re in my bedroom.” Suanna is serious, and her friends don’t laugh. Instead they’re curious, like any good gardener . . . or writer.

If you prefer to listen to my blog posts, you can do so … END_OF_DOCUMENT_TOKEN_TO_BE_REPLACED