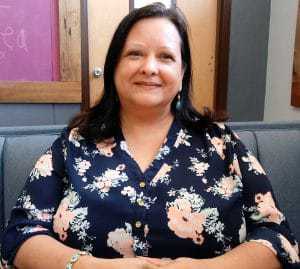 Kathleen Carter, Hutchinson, Kansas, has been a bail bonding agent for fifteen years. Today she works for Owens Bonding Company.

When a friend suggested the bonding business to Kathleen, her first thought was: “This could be interesting.”

Since Carter had been working with the Victim Offender Reconciliation Program (VORP), she was already “used to dealing with the criminal side.”

As a bond agent, Carter learned to take calls twenty-four hours a day when she was on-call, and to decide when to bet on an individual keeping his or her promise to return for future court appearances.

The bail bonding business typically charges a fee of 10-15% of the bond required to get a person out of jail. Nowadays a minimum fee of $100 is common.

In her early days on the job when someone skipped bail, Carter would go find them. She used to take her daughter to watch the back door while she knocked on the front door!

Carter recalls one adventure when after knocking on the front door a groggy-looking guy opened it. Agent Carter asked if so-and-so was there and the guy pointed towards one of fifteen people asleep in the house.

The wanted man got up and Carter went to handcuff him. She recalls, “He starts laughing.” With a chuckle, Kathleen tells me, “He hurt my feelings.” Fortunately for the rookie bond agent, the alleged criminal cooperated, was handcuffed, and returned to jail.

Carter was a quick learner. She was well aware that things could have gone much worse. “This is bad. I had no kind of training. This is for law enforcement,” she recalls today. After that episode, she started using bounty hunters to locate and arrest people who were avoiding court appearances.

According to Carter, the most common criminal charges which merit bonds involve traffic charges like Driving While Suspended. Domestic Violence and drugs round out the top three.

At the jail there is a bonding fee schedule for various crimes, but this can change once a judge receives additional information in court. While a Driving Under the Influence of Alcohol or Drugs (DUI) might begin with a $500 bond, if it’s learned that the individual’s criminal record shows multiple DUI convictions, then the bond is likely to increase.

A person’s bond is partially based on the seriousness of the offence, the likelihood of the suspect showing up for future court appearances (home ownership, local employment, family living in the area), and community safety.

Agent Carter believes that everyone deserves a chance. She recalls her priest telling the congregation years ago that “there is such a thing as an ‘honest thief.’” She explained the term as meaning that “people who get into trouble still stand for something.”

Carter’s been accused of being “offender oriented.” While some people feel she is siding with criminals, she sees it as giving people a chance. A bond can prevent a person from being locked up in jail for months when they haven’t been convicted of any offense.

Carter often gets multiple calls from jail from the same person requesting assistance from her to contact other people. She takes their calls and will often help, but she has her limits.

Kathleen told me that she will remind some clients about upcoming court dates because they are forgetful. When a client doesn’t show up for court, a Failure to Appear arrest warrant is issued. The bonding company is notified by the court; the bond agent appears in court and asks the judge for more time to find the person.

I was surprised to learn that the county jail finally accepts credit cards. What sounded like an additional crime was the fee that is charged on credit cards: 7-10%. (But, the fee is usually less than using a bonding company.)

Although bonding companies lose business when arrestees pay the jail using a credit card, there are still plenty of customers. Most of the people Carter bonds out can’t get credit and have no card.

Sometimes after a person has been bonded out of jail, the criminal investigation leads the District Attorney’s office to boost the charge from a misdemeanor to a felony. Carter explained that the courts will dismiss the original charge and bond, and then refile with a higher bond. A result is that people are arrested again when they haven’t been informed of the increased bond. Carter thinks this procedure can be improved by attempting to contact the defendant by mail or phone in order to give him or her an opportunity to turn themselves in.

Carter told me something I already knew. A lot of people in jail have mental health issues. She is familiar with one client who she’s known for years. He called her up from jail. Here is the dialogue.

“Kathleen, I don’t want to hear your bullshit. Come get me. Your job is to help people and if you don’t help me, I’m going to have you arrested.” 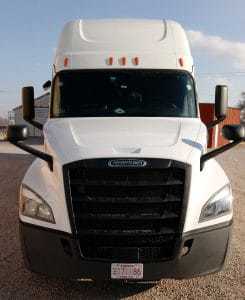 Agent Carter has had some unusual experiences on the job. She told me about a cross-dressing truck driver who was arrested on a traffic charge. The driver, dressed like a woman, was from out-of-state.

He asked Carter to go to a Dollar Store and buy him a t-shirt and sweatpants so that when his buddies came to pick him up they wouldn’t see him dressed as a woman. Carter complied with the request.

Her willingness to go the extra mile helped the man avoid further embarrassment and maybe worse. Due to the stressful events, he could have chosen to harm himself.

When the man was released from jail he was wearing a t-shirt and sweatpants, carrying ladies clothing in a brown paper bag.

From that day forward Carter teased the correctional officers whenever she was called to the jail for business on a Thursday. Since the truck driver had been arrested wearing a thong, Carter would always ask the officers if they knew what day it was. The correct answer:  “It’s Thong Thursday!”

To cope with a stressful job it’s common to find a reason to laugh. I did it when I was a deputy sheriff. But there’s also the sad side of work.

Kathleen recalls a DUI bond. The guy, who had no prior criminal record, was listed as wanted in the local newspaper. The suspect turned himself in when he saw the media’s mugshot.

He told Carter that he was embarrassed because his boss and coworkers would see him in the paper. “My life is over. I can’t deal with this,” he told her.

Carter tried to assure him that he had options. She encouraged him to talk to a judge and get diversion. Instead, he went home and committed suicide.

Kathleen did key in on what he had said but she never thought he’d kill himself.

Carter knows that “bonding agents have a bad name,” that some people think they’re “borderline criminals.” She understands being lumped together with others, but she doesn’t like it.

Carter recalls one client who skipped bond but was later caught. He apologized to her after thanking her for treating him decently. He told her he hadn’t planned on running. When he missed court he knew he wouldn’t be able to get out of jail because his bond would be increased much higher.

Another client was surprised when Kathleen greeted him with a “hello” after spotting him in a store. He replied, “I’m glad you talk to me in public like I’m a person.”

Some clients call Agent Carter a name. It’s not derogatory. They call her “Mom.” But she’s quick to reply, “I’m not your mom.”

But her clients always know how much she really cares.

If you prefer to listen to my blog posts, you can do so … END_OF_DOCUMENT_TOKEN_TO_BE_REPLACED