·  Who Are These People and What Are They Doing In My Head?  ·

I’m having so much fun thinking about the fictional characters coming alive since the last blog!

In the blog titled “More Seeds to Sow,” I introduced you to a veteran with PTSD who relied on a flock of ducks to help keep him calm; a woman who was nearly evicted from her home but was able to adopt out her two dozen beardless dragons in time; and a criminal duo who landed in jail after their third armed robbery in which the woman wore a Batman mask.

In the rest of this blog I’m going to share some of the many ideas that have been popping in my head as I learn more about these characters.

Yesterday these people were simply names in a brief news story. Today I’m getting a better idea of who they are and what makes them tick.

Simultaneously, I’m also imagining the direction their stories could go and how they might be resolved in my piece of fiction. Giving them names helps me get to know them more easily.

The Iraq war veteran’s name is Brandon. He’s named after a former student of mine who served patriotically and was wounded in combat.

My fictional Brandon is more comfortable with animals than he is with people. He’s worried about what will happen to him if he has to part with his trusted flock of ducks.

Today I went to our free city zoo to take a photograph of their bearded dragon.

I purposely chose to enter a sensory environment instead of relying on Google for research.

The reptile house exhibit was closed due to construction, but Jessie, Education and Volunteer Coordinator, helped me out by allowing me to take some photographs.

Now the fictional woman who was threatened by her landlord with eviction has a name. She’s Jessie.

I’ve also “learned” that Jessie did not adopt out all twenty-four of her bearded dragons. I decided she just couldn’t part with Puff, her favorite dragon.

The dynamic duo who were caught robbing a convenience store are unemployed. I have personal names for them too.

Denise is named for a former student, Caucasian, who had a mouth that could make a sailor blush. She’s 22, a stunning beauty under her Batman mask.

Simmie is an African American friend of mine. He’s 23, Denise’s common-law husband, and the getaway-car driver.

Since the article identified Denise as the trigger woman, I’m going to delve into the nature of her feminine mystique and try to explain how she became the armed aggressor during a two-day crime wave. 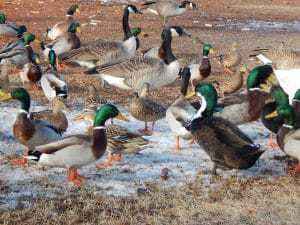 I’m considering legal penalties for both Brandon and Jessie.

I’m also trying to figure out a way for the two pet lovers to meet.

Maybe they run into one another outside the courtroom if they’re both charged with violating a city ordinance. Or maybe they’ll meet another way; I just don’t know how–yet. It’s too early.

But I’d like for them to meet so I can learn what happens. Will these two produce chemistry–a strong mutual attraction? I need to get out of the way and watch.

If Brandon goes to court, he could receive probation and community service. Wouldn’t it be neat if he was assigned volunteer maintenance duties at the city’s fish pond where–I’ve decided–he has donated his ducks?

What if Jessie was hired by the community animal shelter?

If I wish to add another idiosyncrasy to Jessie, I might have her personally adopting shelter cats at an alarming rate–lots of them!

What is her specific motivation for saving the cats that have been unwanted? Does Jessie feel rejected or is she simply a caring person trying to make a difference?

Or, if Jessie adopted a dog at the shelter, would she exercise him at the city park and possibly run into Brandon? That could be the beginning of an interesting relationship!

Or, maybe she stops at the park to feed the ducks and encounters a hostile Brandon. He’s upset with people feeding junk food to his gluton-free dieting ducks! You can tell; I love quirky. 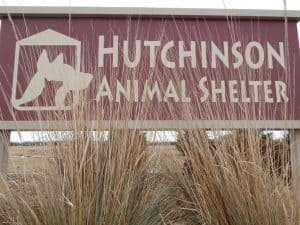 What if our female armed robber, Denise, is bad to the bone?

What if in a back story, or flashback, Simmie‘s parents nearly die (figuratively) upon learning that their naive son is dating a wild white woman who only has the capacity to think about herself?

What if manipulative Denise has nearly everyone fooled, including the detectives investigating the crime and the male judge hearing the case?

Denise pretends to be the innocent (false domestic violence accusations?) victim while Simmie, a true teddy bear, is viewed instead by his bigness and blackness. He’s been racially profiled prior to his arrest, and despite being a first time offender, he may receive serious prison time while Denise walks.

Does Simmie accept responsibility for a crime that Denise planned and carried out? Or, does he stand up to her and fight for his freedom? Either way, this can lead to a lot more drama!

More questions. During the first robbery, could Simmie have believed Denise was only going into the convenience store for cigarettes while he remained outside in the “getaway” car?

Or, did he know exactly what she was doing prior to the first armed robbery?

These are a few of the exciting possibilities that have occurred to me.

If this was your story, what would you do next with these characters?

If you prefer to listen to my blog posts, you can do so … END_OF_DOCUMENT_TOKEN_TO_BE_REPLACED