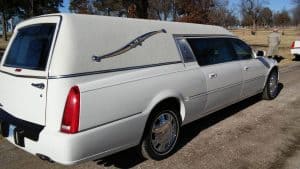 A friend and her siblings were making arrangements for their mother’s funeral.

Mother had insisted in her dying days that her ex-husband be prevented from attending her last goodbye.

I was asked: “What can we do if he shows up at the church or the cemetery? Can we kick him out? Should we call the police? We told the minister what Mom wanted, but he said his job was to exclude no one and to welcome everyone.”

I answered her inquiry the best I could. Later, I thought about one of the questions I use in my writing: “How can I use this?”

There had to be a record somewhere of the many disturbances that occur at funerals and weddings. I wondered if officers I knew had ever arrested anyone at either ceremony.

(I also recognized that things could quickly get ugly at family events due to the complicated and personal history of so many players. Family members with a history of conflict or violence already knew from practice which “buttons” to push when they wanted to hurt their adversary. Grudges make bad blood boil, especially during major life events.)

Since the easiest place to start research is in the electronic world, I typed “arrests at funerals” into my search engine.

I was surprised. Instead of family disturbances, I read about decomposing bodies at funeral homes and about criminals being arrested for burglarizing houses while family members attended interments.

There was one headline of interest, “Shots Fired at Funeral Lead to Arrests,” but it was about a person taking property from the home of the recently departed prior to her reporting the death to authorities.

“Fights at funeral homes,” lead me to a few YouTube altercations, but it wasn’t anything that struck my writing bones.

There was an interesting article on the topic, “Death Brings Out the Best and the Worst in Families.” It listed sources of conflict after the death of a family member. They were predictable:

The list was so good that I started contemplating how it would make a nice framework for a story on family conflict. It seemed to me, that any factor on the list could be a suitable explanation for a disturbance at a funeral.

I thought again about my resources and where I could get more information. I’d already considered asking law enforcement officers for assistance.

Then I thought about the rich information that funeral home directors would have in their memory banks.

That lead me to discovering a book published in 2009, titled Tales from Kentucky Funeral Homes, by William Lynwood Montell. It was a state’s history of funeral homes, and it included a chapter on humorous happenings at the mortuary.

In Montell’s well-done book, I discovered the gem I’d been looking for from the start of my search.

He told about how he had family members of a deceased coal miner–both wives–arrive at his business a day apart to make funeral arrangements for their recently departed husband.

The first wife to arrive was actually the man’s second wife. She was from out-of-state where the couple had lived together. She said that he had wanted to be taken back to his hometown in Kentucky for burial, so she was following his wishes.

This wife was accompanied to the funeral home with her husband’s sixteen-year-old daughter from his first marriage. Final arrangements were made.

The next day, the man’s first wife became the second wife to make funeral arrangements for the deceased. She was accompanied by her daughter, the same sixteen-year-old from the prior day’s visit!

This is when the funeral director learned from wife number one that she and her husband had never been divorced. They were still legally married.

He also learned that the out-of-state “wife,” was considered a “companion” by the state of Kentucky. Legally, the first wife, who had not lived with her husband for sixteen years, was permitted to make the funeral arrangements.

This did not go over well with “wife” number two. Both wives created a nightmare for the funeral home, from the visitation, to the service, to the burial.

The nugget I discovered from this real-life story wasn’t about the wives arguing.

Instead, I considered the sixteen-year-old girl and what her life must have been like.

I contemplated how she, like any child with divorced parents, was forced to make personal choices regarding loyalties to parents and families.

To me, the different points of view of the wives would be of interest, but the real story I wanted to hear was this girl’s personal path of triumphs and tragedies. If I was a teen or young adult, I’d relish reading her diary or a novel about her life.

If I was writing it, chapter one would start at the funeral service with “Andrea” watching her mothers making a scene around the casket. 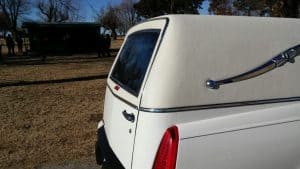 Beginning in chapter two we’d learn the very early memories of “Andrea” and about her life growing up.

I could go on, but you can imagine; this is a young adult (YA) book showing the angst of being a teenager–especially one with divided families.

If you were the author, what else would you include in this YA book?

If you prefer to listen to my blog posts, you can do so … END_OF_DOCUMENT_TOKEN_TO_BE_REPLACED