Did you hit a triple or were you born on third base? 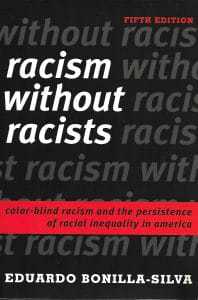 Many whites or Caucasians believe that racism in the United States is nearly dead, a thing of the past, no longer a problem. Sure, there are still groups that encourage white supremacy, but they’re a miniscule percentage of the population.

Yes, old fashioned, overt racism occurs less today. I haven’t seen any “white only” signs plastered on restaurants or at swimming pools. I haven’t observed any placards proclaiming “colored” at water fountains.

But make no mistake about it—the covert “new racism” of the post-civil rights era is ever-present.

Whites see race differently than people of color. This begins at birth. “White privilege” means having unearned benefits due to being a member of the Caucasian race—not because of any personal accomplishments—simply by being born white. “White is right,” or “normal.”

There have been times I’ve congratulated myself on success without thinking about my advantages. Growing up in a white community I was never refused a job due to my race. I took things for granted. That’s why I particularly enjoy this quotation: “Some people are born on third base and go through life thinking they hit a triple.”

In today’s politically correct or color-blind society, most Caucasians don’t want to be considered racist. They might look bad or lose business.

Whites find ways to sound concerned about racial equality without necessarily believing in its merits. People tell me:

Most whites in the Unites States “believe blacks are culturally deficient, welfare-dependent, and lazy. They regard affirmative action and reparations as tantamount to ‘reverse discrimination’. And because whites believe discrimination is a thing of the past, minorities’ protestations about being racially profiled, experiencing discrimination in the housing and labor markets, and being discriminated against in restaurants, stores, and other social settings are interpreted as ‘excuses.’ Following the color-blind script, whites support almost all the goals of the civil rights movement in principle, but object in practice to almost all the policies that have been developed to make these goals a reality.” (Racism Without Racists, 5th edition 2018, by Eduardo Bonilla-Silva, page 142)

National Geographic’s special issue of April, 2018, is all about race. It includes statistics on racial and ethnic disparities in health, wealth, and access to education.

This is proof of racial inequality.

Part of color-blind racism is taking for granted the past and present benefits of white privilege.

Examining the statistics from National Geographic could lead to very different conclusions. A color-blind racist view might see the racial disparities as proof that racial minorities aren’t capable of improving themselves. (Ex: “If they were motivated . . .”) This is called “blaming the victim”.

But a young racial progressive could examine the same data and conclude that racial inequalities persist due to a wealthy, white, and powerful, rigged racial system that prevents minorities from ever catching up due to its persistent prejudice and discrimination.

When whites complain about reverse racism it’s almost funny. In the book Racism Without Racists a survey was done which included some sample questions about race. One of them involved an imaginary business with a 97% rate of white employees. The survey asked if it was fair for a slightly less qualified black applicant to be offered the job over a white applicant. 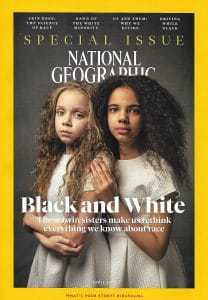 A number of whites responded how unjust it would be for the white applicant; it was reverse discrimination at its worst! Black respondents, however, found it outrageous that a company with 97% white employees could be accused of discriminating against whites. One answer summed up this view: “… [I]f we all had a fair chance, we wouldn’t need affirmative action.”

When whites don’t recognize their white privilege and believe racism no longer exists, then racism will continue its discrimination. Currently, a majority of whites deny there’s a problem, but if there is a problem (they say) then it’s not due to racism, it’s the fault of individuals—people of color (of course).

In order to improve racial equality it will take a multicultural movement made up of dedicated individuals of all ethnicities and races. Progress will be made personally, one person at a time and through social group activism.

As for me, I think affirmative action as it’s applied to education and employment, and federal laws regarding housing discrimination, should end immediately . . . upon our country becoming racially equal.

Unfortunately, most likely, the federal government will prematurely end affirmative action programs while color-blind racism rules the day. All they’ll need to do is issue a decree that racism is dead.

Of course, a fight for justice won’t be easy. As Frederick Douglas said, “If there is no struggle, there is no progress.”

If you prefer to listen to my blog posts, you can do so … END_OF_DOCUMENT_TOKEN_TO_BE_REPLACED