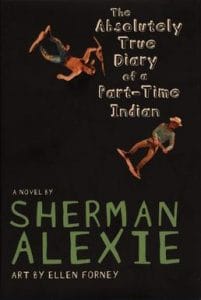 Can the words “powerful” and “brilliant” be over used? Sherman Alexie’s voice is loud and clear as he weaves a story of personal survival in two worlds. Can Junior be Indian and successful while remaining on the rez? Or, in choosing a white school, must he abandon the very culture that is so much a part of his self-identity?

This book is for everyone who has felt disempowered and for anyone who believes in hope. Either way, your being will be rocked to the soul. 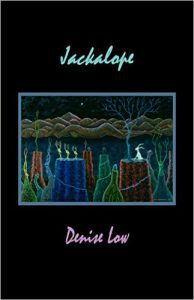 Storyteller Denise Low brilliantly sets the scene and pace in her book, Jackalopes. The author encourages the reader to relax, have fun, and be entertained. On our exciting adventure (especially visiting bars), these friendly jackalopes experience bias, discrimination, even slaughter, by remnants of an oppressive colonial system.

While the animal kingdom is not always harmonious, fortunately, the spiritual dimension of the animals (including jackalopes, symbolic of American Indians) allows the reader to appreciate the magic in prayer, family, and community.

I highly recommend this enjoyable, thought-provoking book, and remember: injustice in Jackalope Country is injustice in every country.

The Underground Railroad by Colson Whitehead

Author Colson Whitehead is deserving of the many accolades he’s received for his mesmerizing novel, The Underground Railroad. The architectural marvel, combined with the meticulous research, make this historical fiction a best read.

Cora, the runaway slave, and Ridgeway, the slave catcher, are woven into an era of distinct differences between black and white. Whitehead understands that explaining the enormity and absolute terror of slavery is a mind-boggling challenge. By creating a personal story, matching a representative of the ruling class versus a member of the underclass, he succeeds where other writers have failed.

In his novel, individuals display enormous wit and courage in order to fight a morally corrupt institutional machine. The depth of Cora’s strength is felt because we are able to watch her matched against the best and the most brutal.

When Whitehead gives voice to the institutional perspective of the world, his story becomes multidimensional, not one-sided. This makes it real.

Ridgeway views himself as instrumental to keeping order in a civilized world. His efforts are necessary to ensure the continued existence of the peculiar institution. Without dedicated, driven, slave catchers, more slaves would run or revolt. His duty as a representative of the “American spirit” is catching and publicly punishing runaway slaves in order to beat down hope.

It’s the hope of freedom by those being subjugated and exterminated that the institution fears most.

The same is true today. Power corrupts because of the fear that hope will undermine power. But slave catcher Ridgeway explains the system better than me: “We fatten hogs, not because it pleases us but because we need hogs to survive.”

If you prefer to listen to my blog posts, you can do so … END_OF_DOCUMENT_TOKEN_TO_BE_REPLACED