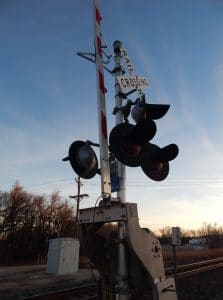 “If you want to stop by, you can take some more photographs for us.”

“No thanks, I’ve got other plans. Do you have enough help without me?”

I should have been thankful for the offer, instead it only reinforced my unwillingness to be a part of one more grisly scene of death.

My shift was over. I had paid my dues. I just didn’t have it in me to look at one more dead body.

As I pulled into my driveway, only a mile from the fatal train-car wreck, I hadn’t yet learned the identity of the deceased. Later, from the radio, I heard that the victim was the daughter of our school superintendent.

Even had I known the senior high school student, I might have still turned down the offer to help. My mind was elsewhere.

I was remembering a previous case where investigators continued to search a home for a suicide note. The challenge was in determining if a fifteen-year-old boy, reportedly intoxicated, had died due to a self-inflicted .22 bullet to the head, and if so, attempt to determine if it was accidental or suicidal.

I knew from experience that despite a thorough investigation, we were sometimes never absolutely sure of the intentions of the deceased.

Meanwhile, declining the invitation to examine the wreckage at the railroad crossing did not free me from the stress of police work.

My memory began to automatically replay other cases I had helped investigate in my previous seven years working patrol. 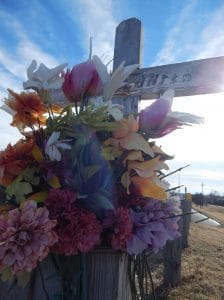 The above introduction, using back story, begins my police memoir, Cop in the Classroom: Lessons I’ve Learned, Tales I’ve Told.

As a writer, you or your characters can look back briefly to the past. Then you can share the incident in a short story, or you can go on (and on) for chapters in a novel. It’s your choice.

Done well, back story can give your work a textured, layered, richness of color and detail. Done poorly, the technique can be confusing.

I’ve watched movies where it’s not clear to me if the events are flashbacks or not. Now, that may be the intent of the writer or producer; it’s a legitimate way of getting the audience to pay extra-close attention to a sequence.

For me though, I prefer to surprise the reader after planting clues in broad daylight.

If you prefer to listen to my blog posts, you can do so … END_OF_DOCUMENT_TOKEN_TO_BE_REPLACED